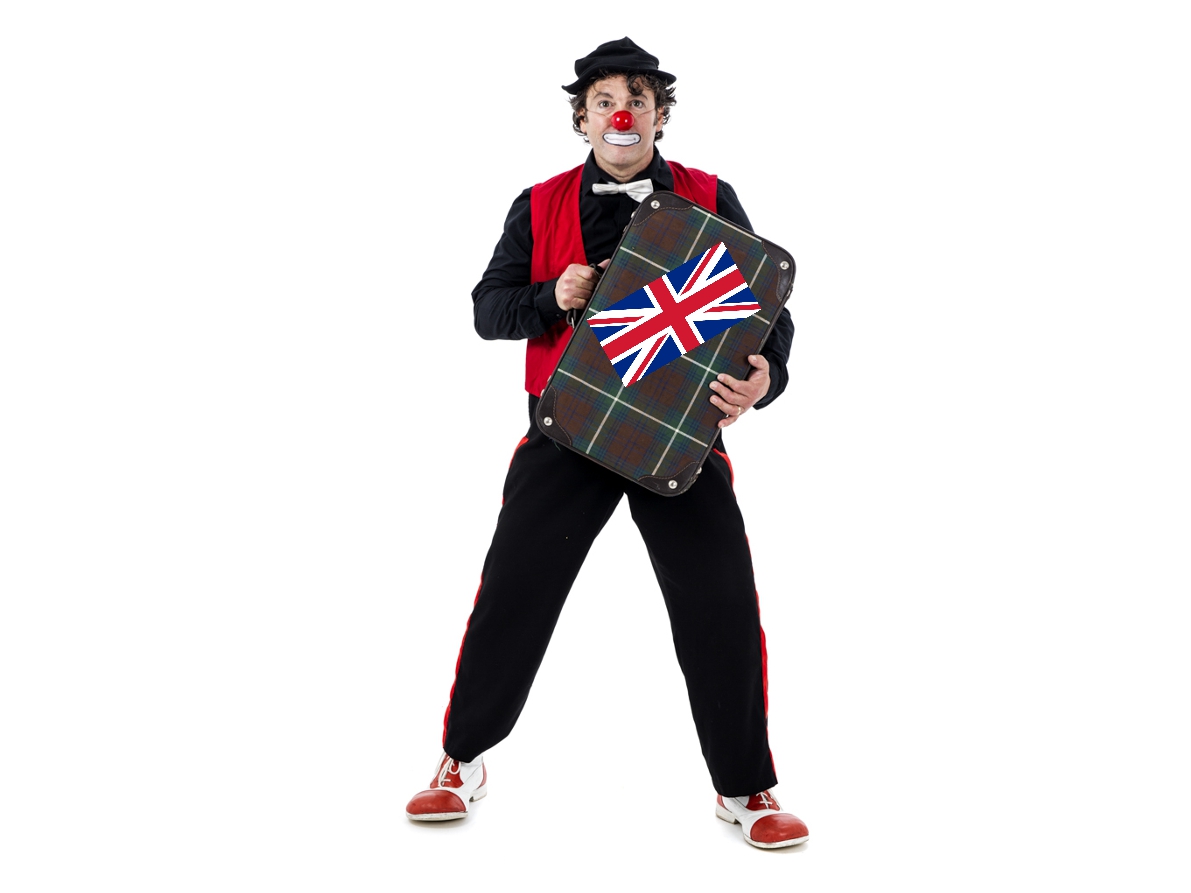 Technique: actor’s theater with clowning and micro-magic
duration: 40 minutes
Recommended age from 6 to 10 years
Set up: alternative spaces in direct contact with the public.
Audio system provided by the company
The stage space used is about 3mX3m
Set up time: one hour

An elegant character presents his Magic show but since the sung initials accompanied by the okulele one senses that as much as he tries to maintain an attitude the magician appears more funny than elegant. We want to help from one or more assistants chosen by the public to use his magic, so we will see the little spectators engaged in making disappear and show handkerchiefs, watches, bottles, beans, drawings on magic books at the touch of the magic wand well kept in the hands of the child assistant Magician. After all, it is precisely this true magic that is created, that of involving the child in an instant establish a relationship of trust feels to the point of seeming the child the true protagonist of the show. His effort and courage will finally be rewarded not only by the applause of the public but also by a small acknowledgment of the Clown … a beautiful ballonnnn… .                        ops has flown away. Well pity but now all posing for the souvenir photo.     Flash cheese boom.